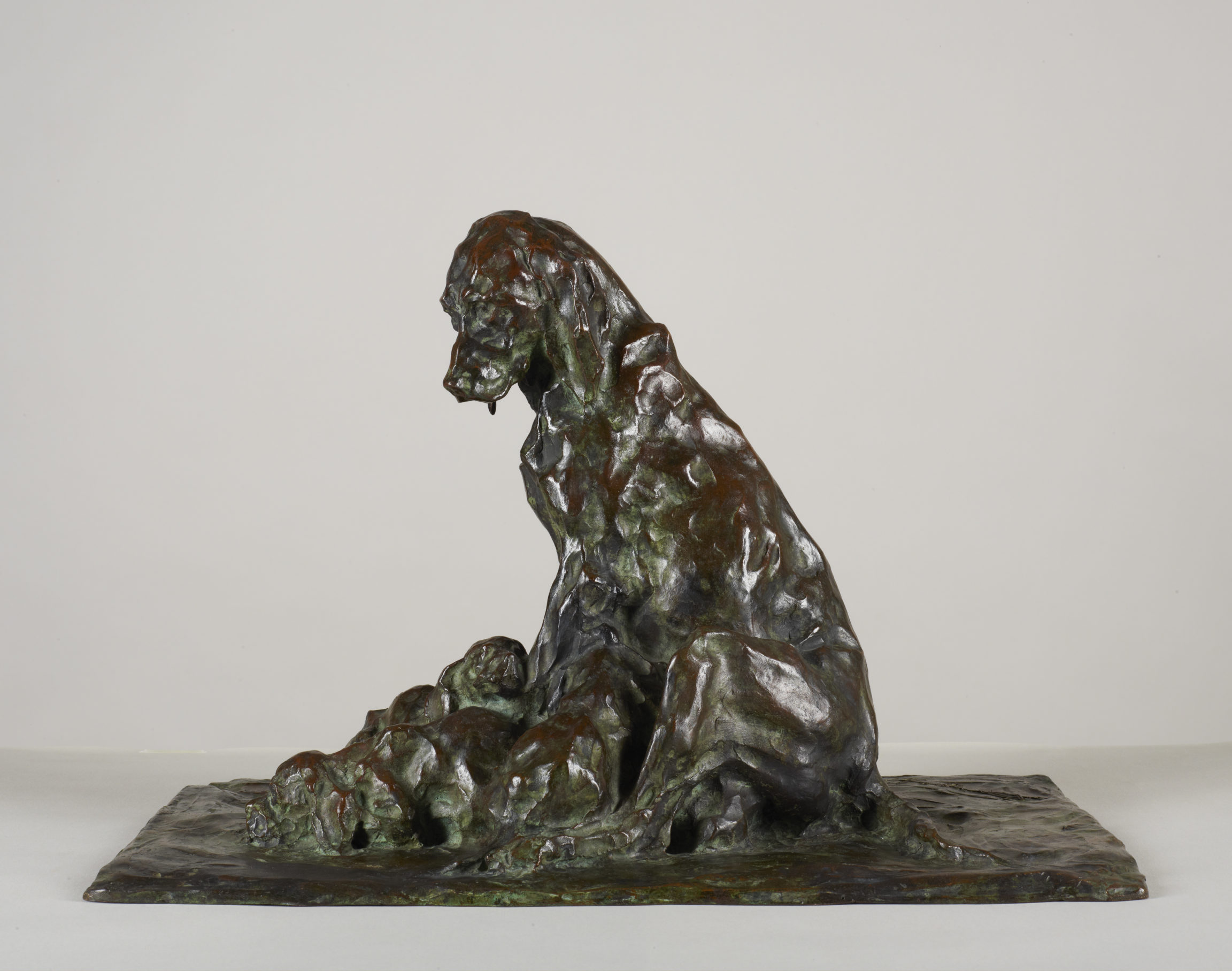 Rembrandt Bugatti began sculpting animals as a young man, alongside his training in painting, decorating and cabinet-making in the Milan workshop run by his father, the furniture designer Carlo Bugatti. He was encouraged by his godfather, the painter Giovanni Segantini, and the sculptor Paul Troubetzkoy.

After moving to Paris in 1902, he expanded his repertoire beyond familiar animals such as cats, dogs, and hens. Like Antoine-Louis Barye and Théodore Géricault before him, he spent hours at the menagerie at the Jardin des Plantes studying exotic reptiles and big cats, capturing their postures, behaviors, and body shapes in plaster or plasticine. He began work on his subjects spontaneously, without preparatory studies. Some of the species he sculpted had never before been depicted in art.

In 1904, Bugatti signed an exclusive contract with Adrien-Aurélien Hébrard to cast his works in bronze. That same year, the plaster model for Braque et ses chiots (Pointer with Puppies) was shown at his first solo exhibition at Hébrard’s gallery. For this piece and several others sculpted in around 1904 including Braque couché (Resting Pointer), now in a private collection, and Braque debout (Standing Pointer, Paris, Musée d’Orsay), Bugatti’s model was a dog belonging to Hébrard’s associate René Dubois, who encouraged his art and helped him with practical matters. Several photographs in the Rembrandt Bugatti archive show the artist working at Dubois’s home, sitting on an improvised seat, busy sculpting in his characteristic rapid, lively style, as the dog lay at his feet. Blauer Homme du jonc (Blue Bulrush Man), 1976
Rolf Iseli first came to public attention in the mid-1950s for canvases in which pictorial technique and physical energy were themselves the object of the… Les saules (Willows), 1900
Having spent the best part of three years working on his engraving skills and developing the Nabi aesthetic in nudes and genre scenes, Félix Vallotton's…
Scroll to top of the page