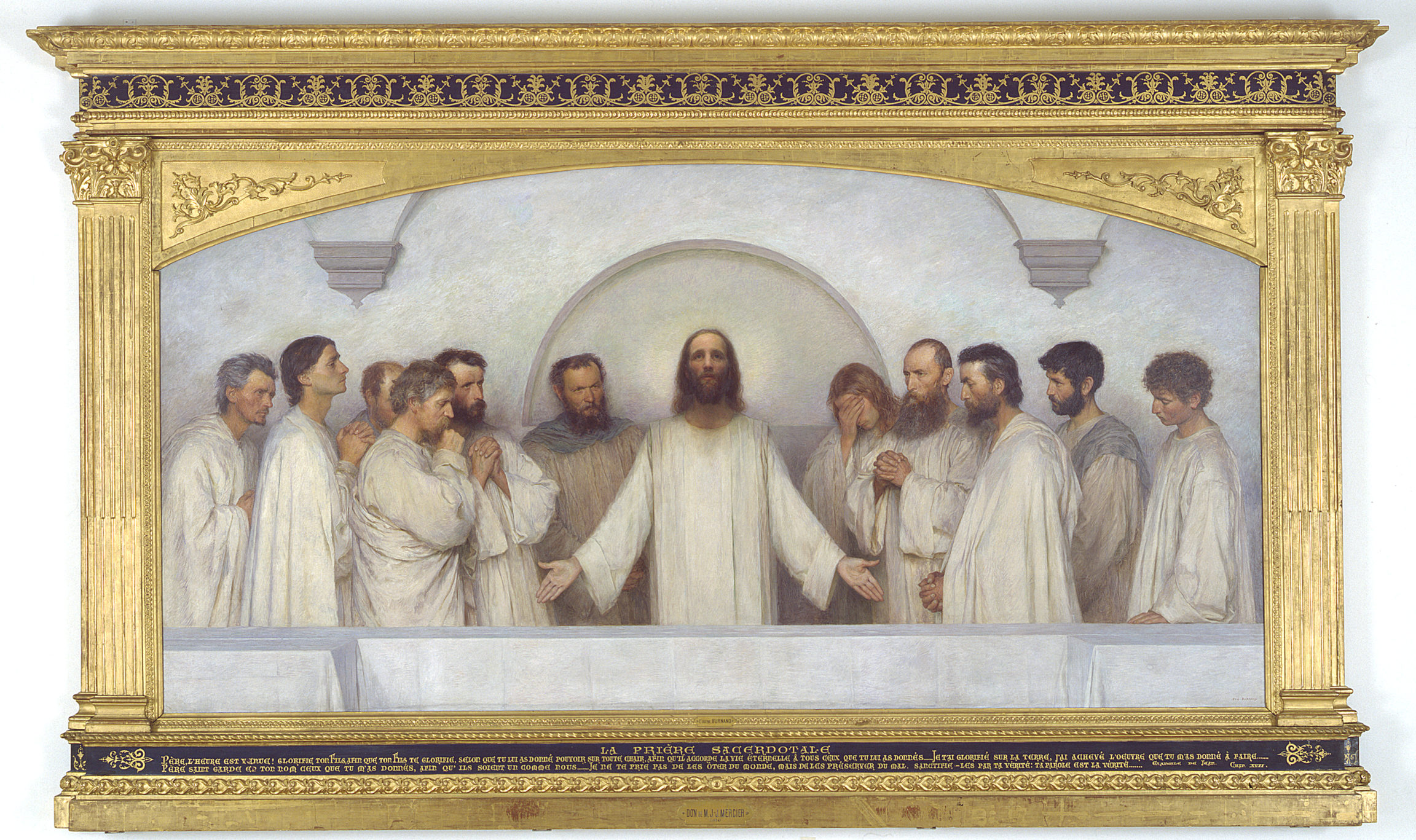 When, at the turn of the twentieth century, Burnand dreamed of excelling at high art, it was religious art that he had in mind. Where Maurice Denis was the proponent of a new form of decorative art in the service of Catholicism, his Swiss peer championed a Protestant, naturalist art that could carry a contemporary spiritual message. The kind of painting he was thinking of was informed by a Reformation theology that emphasised the material reality of Christ’s existence: ‘Jesus lived historically, corporeally among men; he took on our human form …, worked, ate, suffered, wept’, he wrote, and his aesthetic bore out his words: he painted only what he saw, giving his Christ features that were not idealised but faithfully reproduced, the reality of a physical, living man.

However, the genesis of La prière sacerdotale shows just how ambiguous Burnand’s credo could be. The artist may have loathed the iconography of popular piety and the fantastic visions of the symbolists, but he also presented himself as literally the victim of a hallucination when describing how his subject, an episode from the Gospel according to John, appeared to him: ‘There really was something supernatural in this sudden burst that made the whole work appear to me in a clear vision.’ As for the model, he claimed his choice was determined by ‘God’s providence’, which placed a perfectly suited Florentine in his path.

The work, which uses a frieze-like composition positioning the disciples on either side of Jesus in a subtle play of bluish whites, was exhibited in England and Germany immediately after its completion. But the painter was still not satisfied. In 1904 he met an upholsterer in Neuchâtel and corrected the portrait accordingly: ‘Now I have my Christ!’ Shown that same year at the Exposition nationale suisse des beaux-arts in Lausanne, the painting was then given to the Museum, but the artist still took it back to his studio at Seppey several more times. It was his own son, Franz, who embodied the Saviour in the fifth and final version of the work in 1918. 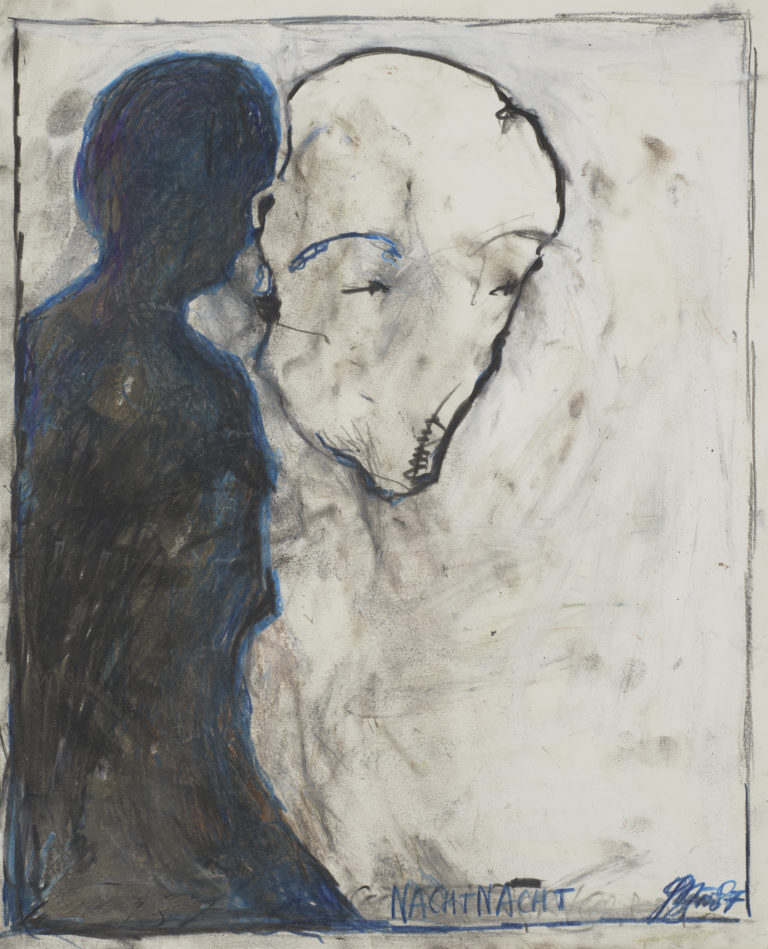 Nachtnacht, 1987
Günter Brus is a representative of Viennese actionism, alongside artists such as Otto Muehl and Hermann Nitsch. This movement, which developed in the 1960s, was… 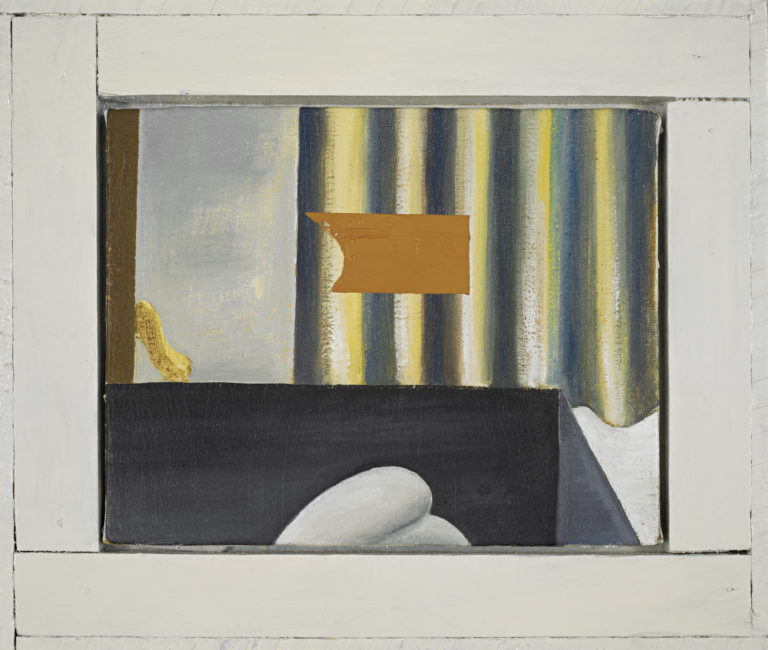 Grave, 1997
Don Hazlitt worked on this painting while staying at the Nota Bene art residency in Cadaqués, Spain, in 1996. It is one of a series… Portrait de Mlle Julie Feurgard (Sous les pommiers)
(Portrait of Mlle Julie Feurgard [Under the Apple Trees]), 1886
Louise Breslau from Zurich was already more than two years into an existential and artistic crisis when she painted this portrait in 1886. She had…
Scroll to top of the page