A self-taught painter, Christoph Gossweiler began his career in the mid-1970s, adopting the practice of seriality that played an important role, especially in minimalist art and in conceptual art. Also evident in his work is the influence of Zurich concrete art. Gossweiler developed a style of painting based on the subdivision of the pictorial surface or logic-based variations of geometrical forms. He also produced monochrome works.

This work, which is presented without a stretcher, was created for a joint exhibition in 2008, La chute d’eau, celebrating ten years of activity of Circuit, an artist-run space in  Lausanne. The artists were invited to explore the theme of the waterfall, the subject of a poster left by the previous occupants of the exhibition space, and the background to Marcel Duchamp’s installation Given: 1. The Waterfall, 2. The Illuminating Gas… (1946–66, Philadelphia Museum of Art), a photograph of the Forestay waterfall at Chexbres in Switzerland. Gossweiler chose to contribute Peinture, vert olive, selecting it from the model of a solo exhibition planned for 2002 but never held.

The work doesn’t offer any clues to its subject. It provides only objective information concerning the medium (‘peinture’) and colour (‘vert olive’). Visitors are thus encouraged to read the green form for itself. The shape is formed by offcuts of sticker sheets for miniature cars on a normalised scale of 1:43, which the artist found in a model-making shop and transposed back into a scale of 1:1, including the paper background. This explains the unusual format and slightly off-kilter shape, which results from its original position on the sheet of stickers. 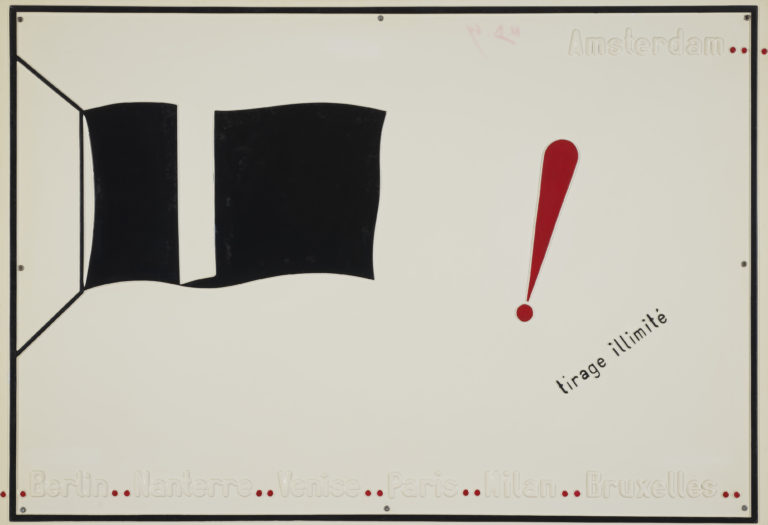 Le drapeau noir (Black Flag), 1968
In 1968 Marcel Broodthaers started making plastic panels onto which he thermoformed texts sometimes accompanied by an image or punctuation marks, in the manner of… Portrait de famille (Family Portrait), 1904
A number of features in this family portrait reflect the influence of the Northern Old Masters, including the historiated frame carved by the artist himself,… 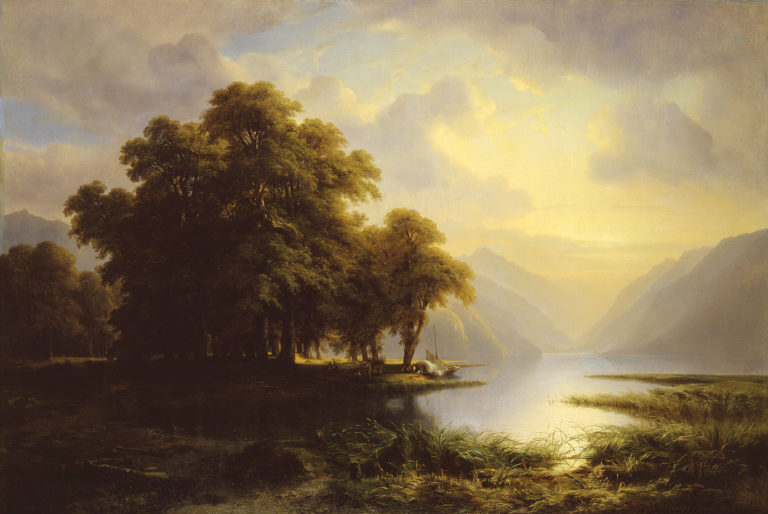 Le lac de Brienz (Lake Brienz), 1843
Alexandre Calame’s talent was first spotted in 1829 by the banker Jacques-Amédée Diodati, who paid for him to study with François Diday, the master of…